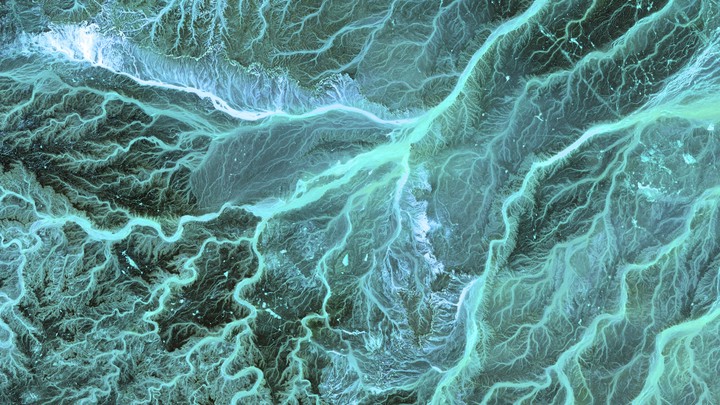 Photo by USGS on Unsplash

ShinyCFA was developed with Nick Rong while learning to build R Shiny applications. We both had an interest in producing interactive applications that could be used to support our work and this was built with that goal in mind. The project was mainly completed in late 2019 but was recently used as a test application to deploy a Shiny app on AWS and can be accessed at: https://app.waterexplorer.net/shinyCFA

The code is also available on github.

The purpose of the application is to allow a water resource practitioner to easily access, explore, and conduct preliminary analyses using streamflow data available from the Water Survey of Canada (WSC). Archived WSC streamflow data are stored in the HYDAT database which is available in a SQLite format.

The ability for the application to search and extract data from the HYDAT database is provided by the tidyhdat package which is maintained by the British Columbia government. Accordingly, much of the data access functionality of the app can easily be done directly within R, but the app was considered as a tool for a practitioner with no prior programming knowledge. The interactive functionality and the ability to conduct exploratory analysis also provides the app as a useful tool for practitioners regardless of programming ability.

The best way to understand the functionality is just to explore the app and a brief description is provided below:

Load the HYDAT database and select a hydrometric station of interest.

The app provides a brief description of the attributes of the station selected and will also determine if the HYDAT database used in the app is the latest available.

View the locations of WSC hydrometric stations in a simple (non-searchable) map. As shown on the figure below, clicking on a station location provides a summary of data available and station attributes.

Select a hydrometric station and summarize streamflow data in a table format. Data can be summarized on a daily, monthly, or yearly basis and the summarized format can be downloaded as a csv file.

View the selected hydrometric station historical daily hydrograph in an interactive graph. The graph also displays data flags applicable to the record including estimated, partial days, ice conditions, dry, and revised. The purpose of this functionality is to allow a practitioner to quickly explore a station record without downloading data.

Run a flood frequency analysis (FFA) on the annual daily or instantaneous maximum streamflow series. A FFA computes return period estimates of flood events based on an observed record using extreme distributions (such as Log-Pearson III, Generalized Extreme Value (GEV), Gumbel, etc). The values of interest are typically beyond the period of record and result in extrapolations using the distributions. For example, one may be interested in estimating a 200-year return period daily flood event based on only 40 years of recorded streamflow data. Accordingly, there is usually a high amount of uncertainty associated with the estimated values.

To support the FFA analysis, the app functionality allows the user to customize the following:

The record on which the FFA will be generated from is then provided in both table and graphical format for the user to review. Descriptive statistics based on the record are also provided.

The user can then select the desired distribution used to fit the station record. The frequency distribution(s) are fitted using L-moments method from R package lmom by J. R. M. Hosking. L-moments of the sample data are calculated and distribution parameters are then estimated from the calculated L-moments. It is expected that a user completing a FFA through the app is sufficiently knowledgeable to perform the analysis and select appropriate distributions.

The functionality is meant to provide an FFA exploratory tool giving a practitioner a better understanding of potential uncertainty in return period flood frequency estimates under various distributions or periods of record.

In general, the FFA capability of the app is considered as an ‘advanced’ feature to support practitioners with knowledge in this area. However, the streamflow record exploratory functionality should still be provide other users of the app with value.

It should also be recognized that there are packages that provide more streamflow exploration and FFA capability than are available through this app. In particular, the CSHShydRology package in R is under ongoing development by the Canadian Society for Hydrological Sciences and may be of interest to practitioners looking for more in depth functionality (currently with no application interface).

The app was originally completed with the purpose of learning Shiny and the intent was that the app could be hosted locally from RStudio to support data exploration if useful. An attempt was originally made to host the app on the free tier of shinyapps.io but the performance of the app was extremely slow (likely due to the size of the database and the large number of packages required).

Recently, an additional attempt was made to deploy the application on shinyapps.io with the step of removing data not used by the application from the SQLite database. The hope was that the reduced SQLite database would improve the app performance. However, while faster than the original attempt, the performance was still not adequate and led to building a Shiny Server on an EC2 instance in AWS. Trying to deploy an app from a cloud service was a new experience and I was fortunately able to find the following guide by Charles Bordet which steps through the process: https://www.charlesbordet.com/en/guide-shiny-aws/. There were a couple of snags but overall the instructions were very good resulting in successful deployment.

The ShinyCFA application was approached with a learning objective and ended up as a useful project for that purpose including:

Learning how to create a Shiny application: This was the original objective of the project and was successful. However, looking back at the code there are also lessons learned including:

Collaborative Development: Prior to this project Nick and I had not worked collaboratively on code and this was a good opportunity to learn in this area. In hindsight our collaborative approach lacked important aspects such as code reviews on PRs but it was a good first attempt.

Deploying Applications: While this wasn’t an initial goal of the project it ended up working as a useful test app for hosting a cloud based application. Hosting on AWS likely wouldn’t have been pursued if the performance of the application was adequate on shinyapps.io. This requires more learning such as cloud security and looking at the use of additional AWS tools, but was a good opportunity to dive into this area.

While the application likely won’t be used for future development in preference of working with different datasets, it was considered a success for the learning objectives it supported.